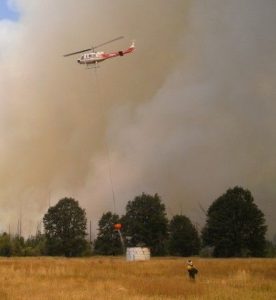 Yosemite, CA — A report from the National Park Service says that Yosemite officials were partially to blame for the prescribed burn that got out of control near Foresta last summer.

According to the Associated Press, the report says officials were overconfident that they could manage the burn that whipped into an explosive wildfire and forced dozens of evacuations. The prescribed burn near Foresta was intended to eliminate vegetation that could cause a wildfire. But the 90-acre burn jumped fire lines and ended up burning more than 11.3 square miles.

In response, Yosemite plans to review and clarify national guidelines outlining the factors that crews should consider when rating the relative complexity of each controlled burn.

Park Service officials said winds and air quality in the area initially met the criteria for a prescribed burn.