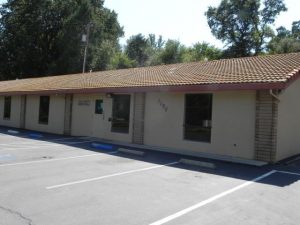 Sonora, CA– The Tuolumne County Supervisors met today to discuss local impacts of a new bill that will bring changes to the state’s Criminal Justice System.

AB 109 was passed to address overcrowding in the state’s prison system and help alleviate the state’s financial crisis. California’s prison population must decline by around 34,000 over the next two years.

The legislation redefines the definition of felonies, turns over parole duties from the state to local control, and allows counties to implement a variety of alternative custody type programs.

In order to address the shift of responsibility, each county is required to submit to the state a Community Correction Plan (CCP). The Tuolumne County CCP, comprised of the Sheriff, District Attorney, Chief Probation Officer, Behavioral Health Director and others submitted their recommendations to the board.

The CCP reviewed the possibility of leasing the former Social Security Building on Highway 49, and a vacant building at 656 West Stockton Road (former home of Simply Country Furniture) to house the treatment programs. They also suggested a third location of the former Tuolumne County Economic Development building.

City of Sonora Community Development Director Rachelle Kellogg said although the City Council had not voted on the matter, she was giving the recommendation of some City staff members including Police Chief Mark Stinson and some City Council members. They agreed the former Social Security Office location on Highway 49 would be the best choice.

“The former Social Security office is a little bit more isolated from our downtown corridor, said Kellogg. “And a much better location than some of our residential neighborhoods.”
She said a local meeting of 15 neighboring residents in the Stockton Road area also agreed on the Highway 49 location.

County Administrative Officer Craig Pedro said that the building ultimately chosen will be a three to five year temporary location. He believes the new Law & Justice Center would be the perfect future location when the time is right.

Regarding the cost of implementing local solutions to the impacts of AB 109, District 4 Supervisor John Gray said, “We need to put pressure on our legislature and the governor to make sure we can come up with a way to get these improvements. We have to keep reminding him that he said he will fully fund this realignment.”

Today’s supervisor’s meeting was only informational with no formal decisions made at this time.