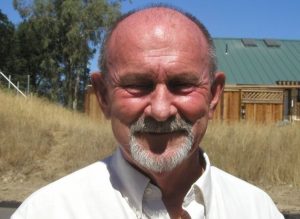 Boeding died after reportedly suffering a severe heart attack Tuesday morning. City of Angels Camp Vice Mayor Jack Lynch was very sad to hear the news, and says Boeding was a respected leader in the community. Hearing about his death came as a shock to many.

“All of us in the City Council met for a workshop on Monday afternoon and Jack participated very actively in the meeting,” says Lynch. “Right up to the last moment he was very involved in the City’s business.”

Boeding was rushed to Mark Twain St. Joseph’s Hospital Tuesday morning and passed away on Wednesday. Boeding was also active with various community organizations, and was a past President of the Calaveras County Chamber of Commerce.

Lynch adds that Boeding loved Angels Camp, and will be missed by the city. “All we can say is, ‘goodbye Jack’ and ‘thank you’ for all your dedicated service to our community.”

A memorial service is expected to be held later this week. More information will be posted when it becomes available. Lynch now steps into the Mayor’s role in Boeding’s absence.