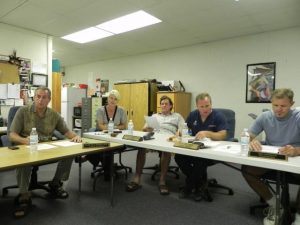 Columbia, CA — A special meeting was held Saturday afternoon to approve a letter that will be sent to parents of Columbia Elementary School students regarding the crimes committed by former after school worker Brennan Pendley.

Pendley plead guilty last June to having unlawful intercourse with a minor, a student at the school. The letter being sent out Tuesday by the District Board of Trustees will state that the Administration and Board first learned of the allegation when the Sheriff’s Office arrived on campus the afternoon of May 10, 2010, and District Superintendent Dr. John Pendley immediately removed himself from any involvement in the matter.

The four page letter later points out that numerous things have been implemented this school year to ensure that similar situations do not happen again. The final draft of the letter will be revised this weekend, and myMotherLode.com will post its entirety once it is finalized.

Dr. Pendley spoke about the matter in an interview immediately following the meeting.

“I’ve done my best to maintain my role as a Superintendent, and still try to maintain my role as a father, which has been extremely difficult,” stated Dr. Pendley. “I’ve apologized to the staff, I’ve apologized to the Board, and the community needs to hear the same thing. I’m devastated by my son’s actions, and I want this community to know how sorry I am that his actions created this impact to this wonderful school.”

Board of Trustees President Laura Phelan added, “This has been such a hard situation for our school and the whole community. Together I hope we learn from it and move forward.”

As for why it has taken many months to put out the letter, Dr. Pendley says, “The matter did not conclude until the end of June (guilty plea) and ultimately the sentencing and incarceration at the end of July. It was our legal counsel’s advice that we wait until the entire matter is concluded so that that we could appropriately respond to the public.”

Only four people were in attendance for the special meeting Saturday afternoon. The Board will accept comments from the public regarding the letter and incident at its next regular meeting on Tuesday, September 13 at 6pm. The Board is anticipating a large crowd. The meeting will be held in the school’s gymnasium, so that there will be plenty of room for anyone that wishes to attend.