Yosemite Cabins May Be Removed 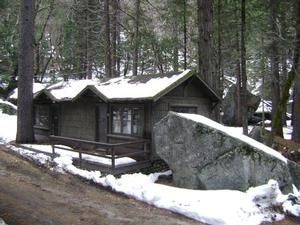 Yosemite’s Curry Village has been closed since 2008 after damage was caused by a rock fall.

The future of the 72 cabins has been an issue since October 2008, when the equivalent of 570 dump trucks of rock hit 17 cabins where youngsters on a field trip were staying. While there were no serious injuries, it did prompt officials to review the safety of the lodging.

An environmental report released today states that park officials want to remove the structures to “maximize safety for park visitors and employees and eliminate the need for administrative access to the closed area.

The public can review the park’s proposal through September.  Park officials will then make a final decision at the end of the 30-day public comment period.