Woman Attempts To Use Fake Money 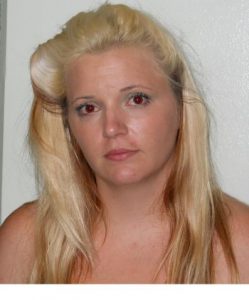 According to the Sonora Police Department,  Wal-Mart called them at around 11 pm to report that they were detaining a woman who was attempting to purchase items with fake $20, $10 and $5 bills.

When officers arrived, Wal-Mart employees said that the suspect, 24-year-old Jaime Huisman was also a former Wal-Mart employee. They said she had even received training through Wal-Mart on how to identify fictitious money and should have noticed that the texture and color of the bills were not correct.  Employees also noticed the lack of security features on the bill’s and that they all had the same serial number.

Officers spoke with Huisman, who claimed she had received the money from her boyfriend and had no idea that the money was fraudulent. During a search of Huisman’s purse, more fictitious bills were discovered.

Huisman was taken into custody without incident. She was transported to the Tuolumne County Jail and booked on a felony charge of passing fictitious bills and felony burglary.