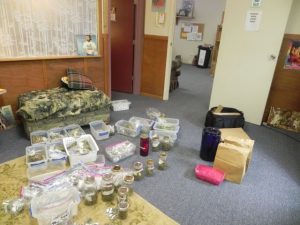 Everyone but Jacobs had a scheduled court appearance on Wednesday. The Tuolumne County District Attorney’s Office reports that the Arraignment Hearings for the eight suspects were continued to June 23rd at 1:15pm in Department Three of Tuolumne County Superior Court. None of the eight suspects have entered a formal plea at this time, according to information from the D.A.’s office. Typically the entering of a formal plea is delayed if those accused are still finalizing legal counsel.

Meanwhile, Jacobs entered a not guilty plea last week. She is scheduled to have a preliminary hearing on June 17th at 8:15am in Department 3 of Tuolumne County Superior Court.