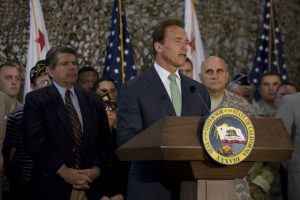 Former California Governor Arnold Schwarzenegger says he was helping a friend when he commuted the sentence of the son of a political ally.

This is according to a Newsweek interview published this week. Schwarzenegger’s decision to reduce the sentence of Esteban Nunez has been sharply criticized across the state. Nunez is the son of former Assembly Speaker Fabian Nunez.

The Associated Press reports that the lawyer for the slain man’s family says the comments will have little effect on their lawsuit against the former governor. The family is upset that they were not properly notified about the commuted sentence.

The AP reports that Schwarzenegger told Newsweek that he knows the younger Nunez well, that he felt good about his decision, and that he acted because of his “working relationship” with the elder Nunez.