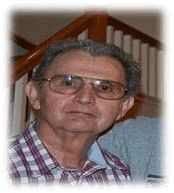 A fisherman reported seeing a vehicle belonging to Gerald Garrett over the edge of a steep embankment at New Melones Reservoir. The Angels Camp Police Department and Calaveras County Sheriff’s Department responded to the steep ravine and located the SUV and body of Garrett.

Interim Police Chief Todd Fordahl reports that the 72-year-old Garrett had been missing since April 4th. The Police Department reports that there are no indications at this time that Garrett was the victim of any type of foul play.