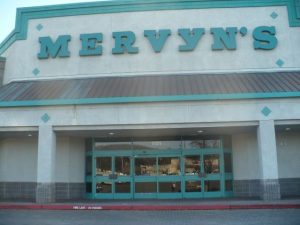 
The applicant and contractor is S.D Deacon Corporation of California, a Citrus Heights-based company.


“If the public sees reconstruction going on and container trucks removing material from the former Mervyn’s location, this is the beginning of the demolition process to prepare this site for the incoming tenants,” says Cope.

City of Sonora Building Official Steve Fickel considers this “a step in the right direction,” and a signal to the community that things on this project are moving forward.

Jo-Ann Fabrics and PetSmart will be two of the other tenants slated to open later this year in the former Mervyn’s buidling.