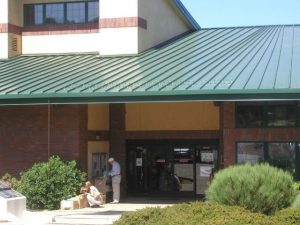 Sonora, CA– The Tuolumne County Board of Supervisors have approved a revision to the County Library’s Display Policy and Guidelines.

Back in October, CAO Craig Pedro placed a temporary moratorium on future library displays after members of the Tuolumne County Republican Central Committee raised concerns about a display at the Main Library.

The display put on by the Tuolumne County Democratic Club, featured prominent females in the Democratic party such as Barbara Boxer, Diane Feinstein and Nancy Pelosi.
After library staff received complaints that the display was inappropriate, it was taken down and determined that the application did not match the display contents.

The library staff has since reviewed its display policy and recommended to the board today that four months prior to a general, primary, or special state election, no political material will be allowed in the display case.

The second change to the display policy adds a reconsideration process. A library patron may request reconsideration of any display by filling out the Request for Reconsideration form. Within 3 days of receipt of the form, the Director of Library Services will meet with the patron and discuss their concerns. If the matter is still unresolved, the patron will be provided the opportunity to meet with the Director of Library Services and County Administrator whose decision will be final.

“We want to give an opportunity and have a balance between political displays and the ability to have them in our display case, but yet balancing that out with not advocating or taking a position on anything, or people perceiving that,” said Deputy County Administrator Maureen Frank.

The Board of Supervisors unanimously approved revisions to the County Library Display Policy 5-0.