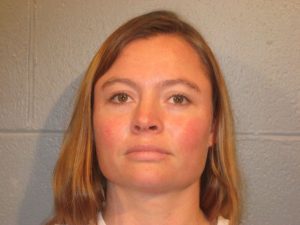 Murphys, CA — A dance teacher working in Murphys was arrested on suspicion of having intercourse with a 16-year-old male student.

32-year-old Sarah May Davey of Angels Camp was arrested by the Calaveras County Sheriff’s Department and booked into County Jail late last month.

Sgt. Chris Villegas reports that a warrant was issued for her arrest, and Davey willingly turned herself in to authorities. The alleged incident occurred at Davey’s home this past June. Davey is the Artistic Director for the Satori Jazz Dance Company. She has been released from jail and is being electronically monitored by the Sheriff’s Department.

A preliminary hearing on the case is scheduled for January 24th in Calaveras County Superior Court.