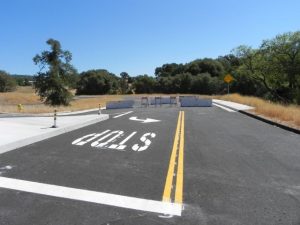 The Tuolumne County Supervisors will wait a few weeks before naming the road that was built out at the Law and Justice Center property off Old Wards Ferry Road.

Garaventa suggested naming the road after a past Sheriff, mentioning the name John Dambacher.

Supervisor Evan Royce said he agreed with Garaventa’s assessment of “Justice Center Drive.” Supervisor John Gray also liked the idea of picking a fresh name, and suggested having a contest.

Supervisor Randy Hanvelt joked that they could try to flatter the state and call it something like, “Thank You State Funding.” Supervisor Gray then chimed in, “Jerry Brown Drive rolls off my tongue.”

A decision on what to name the road was put off until the December 18th Supervisors meeting. For legal reasons, they need to have the name selected within the next several weeks.