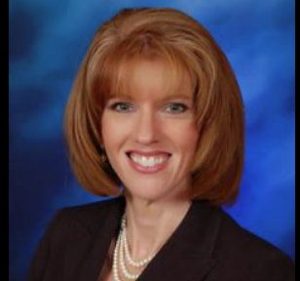 Mariposa, CA – A Mother Lode Educator has been arrested for a second time after initially being handcuffed for DUI.

As reported here last month, Mariposa County Unified School District Superintendent Robin Hopper was involved in an accident where her vehicle smashed into a utility pole on Highway 140 in the Planada area on April 14th. She was arrested for being under the influence. Shortly afterwards, while being taken to a holding cell at the Merced County Jail, she also allegedly bit a peace officer.

Mariposa County Sheriff’s Office confirms to Clarke Broadcasting that their deputies arrested Hopper this past Wednesday at her home for failure to appear for a May 15th court date in Merced County related to that arrest. She was transported back to the jail after a bench warrant was issued.

The Merced County District Attorney’s office has now officially charged Hopper with this latest offense along with DUI, driving with a .15 or higher blood alcohol concentration and battery with injury on emergency personnel.

Hopper, who served as the superintendent in Mariposa since 2014 and had already announced she would be stepping down this June, was placed on paid administrative leave shortly after her initial arrest. However, she plays a dual role for Mariposa County and remains the county superintendent due to it being an elected position.