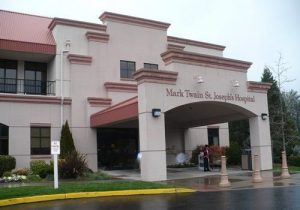 An interim Grand Jury Report details concerns related to the quality of care at Mark Twain St. Joseph’s Hospital, and the transparency of its governing board.

One finding listed in the report is that, “The public has lost confidence in the healthcare provided in the county.” The Grand Jury recommends that the District Board start giving an annual report to the Board of Supervisors regarding the state of healthcare in Calaveras County.

The Grand Jury Report also points out that a number of physicians left the hospital between 2009-10. When interviewed, the physicians stated that it was due to conflicts with management about the quality of patient care.

There were also concerns investigated regarding the transparency of the hospitals governing board. The Grand Jury found that the board is following Brown Act requirements by posting agendas at the facility, but recommends that agendas also be made available at other locations. It also recommends that term limits be instituted for members of the public that are voted onto the governing board. Many board members have served for several years.

The following statement in response to the Grand Jury report was released by MTSJH.

“Mark Twain St. Joseph’s Hospital is dedicated to serving the community’s healthcare needs and partnering with our physician providers, four of whom serve on the Hospital’s Board of Trustees,” stated Patti Monczewski, Interim Hospital President. “The Grand Jury report affirms that the community wants to ensure that Mark Twain St. Joseph’s Hospital provides excellent quality healthcare. As a member of Dignity Health, we remain steadfast in our commitment to partner with the Mark Twain Health Care District to nurture the good health of the community.”

The final Grand Jury report will be released at a later date.