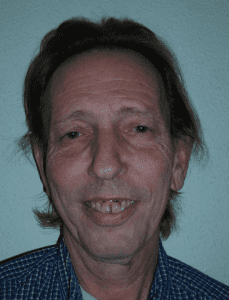 Sonora, CA — A drunk driver was arrested after crashing into the Sonora Police Department building.

Early yesterday morning officers heard a loud crash at the station, located at 100 S. Green Street. They looked outside and noticed that a 1995 Ford Truck had hit the southeast corner of the building. The driver continued along South Green Street and was later stopped by officers on Stockton Road, near West Bradford. The driver was identified as 59-year-old Steven Lavine of Sonora.

Police Chief Mark Stinson says, “Lavine asked the officers if they didn’t have anything else better to do, like chase criminals. When asked to perform field sobriety tests, Lavine replied ‘he was too intoxicated to try the tests.’ A preliminary alcohol screening test showed Lavine’s blood alcohol level to be almost three times the legal limit.”

Lavine was booked into Tuolumne County Jail on misdemeanor charges of DUI and Hit and Run.

Chief Stinson says he believes Lavine did not purposefully carry out aggression against the Police Department, and that it just happened to be department property. The accident was reported at 12:05am.