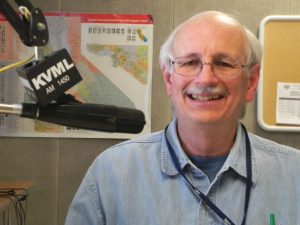 Columbia, CA – Currently Columbia College is on accreditation “warning status” from the American Association for Community and Junior Colleges, but the Senate President says that won’t have a negative effect on students.

Academic Senate President and Accreditation Co-chair at Columbia College, John Leamy, says they were put on warning in October. He says the warning just means there are certain areas that were recognized as needing improvement. Those areas can include the courses offered, students being held up for a lack of course being offered, or success rates of students. Leamy says they have been working to make the changes needed to remove the warning status and will submit a report in October to the Association.

Leamy says, “I’m 99 percent we will be taken off warning.” As far as the effect this has on students Leamy says, “It doesn’t affect anything for them. They are still eligible for all federal and state financial aid. All their credits are transferable.”

However, some had speculated that last night’s firing of Columbia College President Dr. Dennis Gervin was a direct result of the school being on warning stratus.

Leamy says many of the faculty were surprised by Gervin’s dismissal, but he says, “Those are really two separate issues. I don’t believe that the accreditation had anything to do with Dr. Gervin’s dismissal. In fact, he was instrumental in putting together a lot of the improved data organizing tools that we have; so I really have no comment other than that on the subject.”

Also, the Yosemite Community College District Board of Trustees has stated Gervin’s termination was due to a recent performance evaluation.

Leamy says there are four levels of accreditation. Those include: Accreditation with no conditions, Warning, Probation, and Show Cause. He says Show Cause is the most serious.