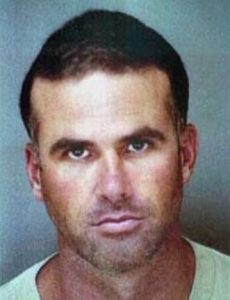 The Governor’s decision will impact high profile killer Cary Stayner, who was convicted of murdering four people in the region between February and July of 1999.

Stayner, who was working as a handyman at the Cedar Lodge just outside of Yosemite, in Mariposa County, abducted, raped and murdered three women that were staying there. Two, 16-year-old Silvina Pelosso and 42-year-old Carol Sund, were located one month later, that March, in the trunk of a burned out rental car abandoned off Highway 108 in the Long Barn area. One week later, the remains of the third victim, 15-year-old Juli Sund, were found near Lake Don Pedro.

Mariposa Sheriff Doug Binnewies says, “The Cary Stayner case is considered one of the most callous crimes that have occurred in Mariposa County. The horrific murders of Carol, Juli, Silvina and Joie have deeply impacted us all. The people have spoken and Stayner has earned his consequence, which I’ll add is far kinder than what he offered his victims.”

In addition, Binnewies has released a joint statement with Mariposa County District Attorney Walter Wall, arguing that voters in 2012 and 2016, twice, voted down ballot measures that would have abolished the death penalty, and that Newsom’s executive order is going against the directive of Californians.

To view an earlier story regarding Newsom’s moratorium, click here.