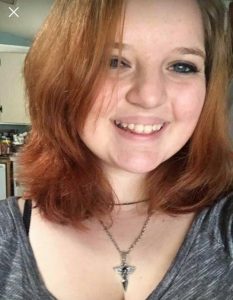 San Andreas, CA – A 20-year-old man from a neighboring county has been arrested after a missing 15-year-old Calaveras County girl was found hiding out in his home.

As reported yesterday, 15 year old Samantha Roberts of Valley Springs was reported missing on Monday afternoon but was last seen on Sunday night. After seeking the public’s help on Wednesday, Calaveras Sheriff’s Detectives received numerous reports of possible sightings of Roberts over the last few days, including one involving her getting into a van at a Murphys gas station that turned out to be false, as reported here. Some of the areas targeted by incoming tips were Calaveras, Sacramento and San Joaquin counties.

Sheriff’s officials revealed interviews lead to information that Roberts was possibly dating 20-year-old Kevin Kasperson from Woodbridge where he was contacted while on the job in Lodi. After questioning, Kasperson was arrested him for child endangerment and contributing to the delinquency of a minor.

Detectives headed to Kasperson’s San Joaquin County home around 3:30 p.m. today and discovered Roberts inside. Further investigation confirmed to detectives that Roberts willingly left her Valley Springs home and was aware of the online reports of her disappearance. Additional charges may be filed in this case as it is ongoing, according to detectives, who are still interviewing individuals.

Kasperson was booked into the Calaveras County Jail. Sheriff’s officials notified Child Protective Services to help with possibly reunite Roberts with her family. No further information regarding the investigation is being released at this time.