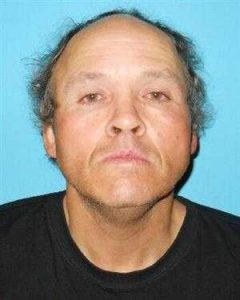 Twain Harte, CA — The Tuolumne County Sheriff’s Office has released new details about what led up to a standoff last night in Tuolumne.

You can read yesterday’s story by clicking here. Sheriff’s office spokesperson Sgt. Andrea Benson says it started when 66-year-old David Mussenden forced open a locked door at his landlord’s top floor living quarters on Golf Club Drive in Twain Harte. Mussenden, who lives on the bottom floor, was allegedly trying to steal the keys to a pickup truck. When he could not find them, he went over another resident’s nearby RV and forced his way inside, allegedly attempting to hit the man with a lamp, before taking the keys to the Ford Ranger.

Sgt. Benson adds, “Mussenden was located driving the stolen truck at Black Oak Casino and refused to exit the vehicle when ordered to by deputies. Approximately an hour later he was safely taken into custody.”