Burglary Suspect Stopped On A Bike Ride Proceeds To Jail 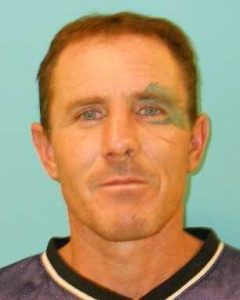 Sonora, CA – A 43-year-old man is being held on a $50,000 bond after being arrested for burglarizing his father’s home.

According to Tuolumne County sheriff’s spokesperson Sgt. Andrea Benson, Brandon Wilson, a local transient on probation out of Stanislaus County was on Sunday afternoon stopped and searched by deputies after being spotted riding a bike on Priest Coulterville Road in Big Oak Flat. A subsequent search resulted in his arrest for possession of a controlled substance without a prescription.

Sgt. Benson adds that Wilson was an active suspect in a Sept. 3 burglary that occurred at his father’s home on Priest Coulterville Road. Investigators suspected that Wilson allegedly broke into the residence by prying open barrier security and front doors after failing to get in through a back way he had purportedly used in the past. Among several items reported missing were a Primos Alpha Dogg Predator call, a Conair radio and a government-issued peacoat.

Both the predator call and coat along with a trespass letter for Wilson were later recovered at an illegal campsite along with other distinguishing indications that he had been there. The recovered property was returned to the owner and during an interview by deputies later in the day at the Tuolumne County Jail about the burglary, Wilson admitted being responsible. He now faces charges of felony burglary and possession of a controlled substance.