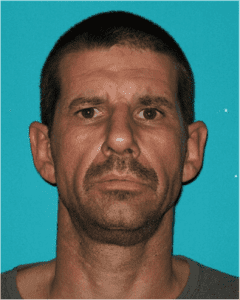 Tuolumne, CA — The Tuolumne County Sheriff’s Office arrested a man on charges of possession of methamphetamine for sale, attempting to conceal evidence and driving on a suspended license.

The arrest happened just after 1am on Saturday when 46-year-old Dale Biehle was pulled over because his vehicle had a faulty brake light. The sheriff’s deputy soon learned that Biehle also had a suspended driver’s license, and since he was on probation, the deputy decided to search the vehicle.  A second deputy soon arrived to assist and watched Biehle allegedly drop a plastic bag of methamphetamine on the ground and step on it, in an attempt to hide it. The bag contained 28.35 grams of meth. Biehle also had several hundreds of dollars in cash in his possession. He was booked into Tuolumne County Jail.