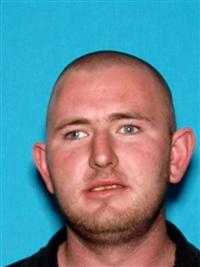 Columbia, CA — A Columbia burglary suspect was located and arrested.

We reported earlier this week that 30-year-old Brandon Leslie Earl led deputies on a chase in the Big Hill area and eventually crashed his vehicle before fleeing on foot. The Tuolumne County Sheriff’s Office received a tip from a citizen that Earl was walking in the Columbia area. Deputies responded and located Earl west of Yankee Hill Road. He was taken into custody and transported to Sonora Regional Medical Center to treat symptoms related to heat stroke and dehydration, before being booked into Tuolumne County Jail.