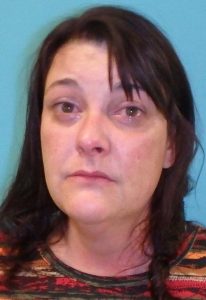 Sonora, CA — A man was flown to a hospital in Modesto following a reported stabbing in Sonora.

The Sonora Police Department reports that 47-year-old Deborah Ann Fitzgerald was involved in an argument, a domestic disturbance, and she allegedly stabbed a victim that was lying in bed. Fitzgerald was taken into custody for felony domestic battery and assault with a deadly weapon. She was booked into Tuolumne County Jail on $40,000 bail. The incident happened on Tuesday just after 9pm in the 200 block of Hill Street. The victim was flown to Modesto and is reportedly in stable condition. No additional information has been released by the Sonora PD.