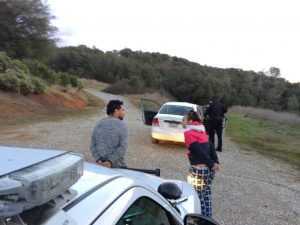 Sonora, CA — The Sonora Police Department made a drug bust last night in the area of Southgate Drive and nabbed two suspects who were just arrested Tuesday on similar charges.

As reported here, Goodwin and Griffiths were arrested on Tuesday after a K-9 sniffed out drugs in their car while parked in front of a Sonora motel.