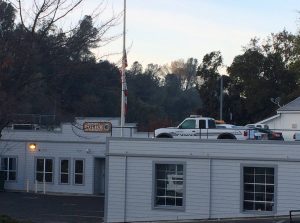 Flags At Half Staff In Sonora In Remembrance Of Pearl Harbor

You can read the entire proclamation below:

“On December 7, 1941 the Imperial Japanese Navy mounted a surprise attack on our nation’s fleet stationed at Pearl Harbor, Oahu, Hawaii. This assault opened the struggle for control of the Pacific that would claim the lives of over 100,000 Americans. In a speech to Congress the following day, President Roosevelt gave the seventh of December its immortal name: ‘a date which will live in infamy.’

Today, while still deploring the treachery of one country attacking another without provocation, we remember with even greater awe the valor of those who defended Pearl Harbor, and the many more who answered their country’s call in the ensuing mobilization. The 2,402 members of the armed forces who gave their lives that day will always live in our hearts as true American heroes.