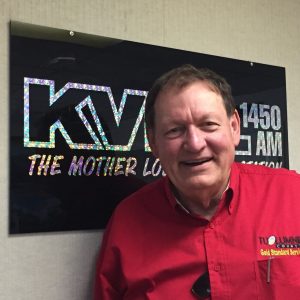 Sonora, CA — Randy Hanvelt, Tuolumne County Supervisor for District 2, shares his thoughts about what can be learned from this presidential election, stating in his newest blog, “It is always better to have a real landslide than a narrow margin of “victory.””

Hanvelt notes that he is “not sure about all of the aspects of cause and effect,” but points to the denial of “both the establishment in Washington and the mainstream media” of the electability of Republicans and also acknowledges, “The Republican side got more negative press about it probably because of the inflammatory style.”

Hanvelt states divisiveness grew during President Obama’s administration and acknowledges Hillary Clinton’s win of the popular vote, and her many California supporters. He states, “Nationally, the rural communities have been ignored, abused and taken advantage of by the urban segment,” bringing up the “growing movement to split the State” as the backlash response. Hanvelt points out other divisions, stating; “I have seen racial tensions grow. Gender issues that should never have happened grow. And more!” He adds, “I am not going to judge whether that is is intentional or malicious…”

Hanvelt goes on to detail how “Corruption in government is real and more blatant that ever,” and calls on everyone to change and be more inclusive. Read Hanvelt’s full statement in his blog “Leadership For All People” here.