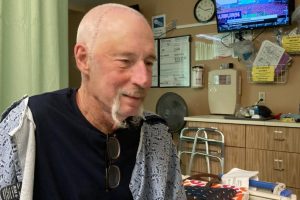 Sonora, CA – An at-risk individual that walked out of a local senior living facility has been found with help from the public.

Tuolumne County Sheriff’s officials alerted the community to the missing 65-year-old man who was last seen leaving on foot around 10:22 last night in an unknown direction from the Skyline Place Senior Living in the 12800 block of Sylva Lane off Cabezut Road near Greenley Road in Sonora.

Investigators turned to the public after Patrick Walliser was not found overnight. They released the picture in the image box and a description of him, along with what he was last seen wearing when he disappeared. They also asked for anyone who may have seen him or knows his whereabouts to call their office.

Sheriff’s officials announced this afternoon that Walliser had been “found safe thanks to the community sharing this information and the community sighting him and reporting it. Thanks all, you’re the best!”