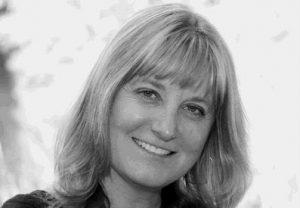 Sonora, CA — Earlier this month the Mother Lode’s community college district board had seemingly whittled its chancellor search to three finalists but that is no longer the case.

News came Monday from the Yosemite Community College District (YCCD) offices that its board of trustees has decided to reopen the chancellor position announcement.

As reported here, last week, two forums were scheduled so that interested members of the public could hear from a previously chosen final three: Dr. William A. Dunn, Dr. Sandra L. Mayo, and Dr. Donald G. Wallace. It was thought that one of them would replace retiring Chancellor Joan Smith, who has served in the post for the past six years. Before that Dr. Smith was the Columbia College president from 2006 to 2010. She is now set to remain in the position through Jan. 4.

“The board expressed much appreciation and gratitude to the screening committee and very much appreciation to the finalists who attended forums and were interviewed by the board last week,” states Coni Chavez, YCCD’s interim director of public affairs.

Chavez adds that Board Chair Abe Rojas announced plans for the board to restart the search in January — and the process to consider an interim appointment will take place following the November 2016 YCCD Board of Trustees’ elections.

When asked for any more details about this new development, Chavez demurred, explaining, “With regard to personnel searches, these are confidential processes — and the board has their discussion and makes their decision in closed session with regard to these matters.”

Trustees’ plans to make an interim appointment in November may potentially be influenced from “new blood.” Of the seven-member panel, four of the seats are up for grabs — with the incumbents running to remain in them all facing contests to do so, according to Chavez.