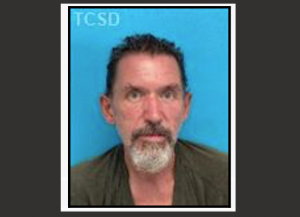 There was a trashcan set on fire in front of the store, and a dumpster in the back that was smoldering. The Sonora Fire Department responded shortly after 12am after receiving a report about it from a resident in the area.

Sonora Police Department officers then worked with SaveMart to review surveillance video and identified 56-year-old Daryl Raymond Tacke as the suspect who allegedly lit both of the fires. Two hours later Tacke was located and arrested near the intersection of South Washington Street and Gold Street.

The PD reports that there was no damage to the SaveMart building.