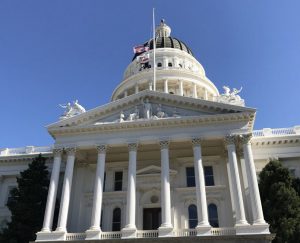 Sacramento, CA – Proponents call it the nation’s most sweeping law to seal criminal records, and all it needs is the governor’s signature.

The legislation was approved by the state Senate today on a 28-10 vote, sending it to Governor Gavin Newsom’s desk. The bill would automatically seal conviction and arrest records for most ex-offenders who are not convicted of another felony for four years after completing their sentences and any parole or probation. Also, sealed would be records of arrests that don’t lead to convictions. It excludes those convicted of serious and violent felonies, as well as felonies requiring sex offender registration.

According to supporters, approximately 8 million Californians, or roughly one in every five state residents, have a criminal or arrest record. Having a criminal record can trigger nearly 5,000 legal restrictions in California, which can limit job opportunities and the ability to get housing and educational opportunities, added proponents.

The bill would not apply to serious or violent felonies like murder, voluntary manslaughter, attempted murder, kidnapping, assaults, arson, robbery, and extortion. It would apply to offenses like domestic violence, which was one reason Republicans all voted against the measure along with one Democrat.

Seven reform organizations sponsored the bill, while some law enforcement groups opposed it. If signed by Newsom, the law would take effect in July 2023.