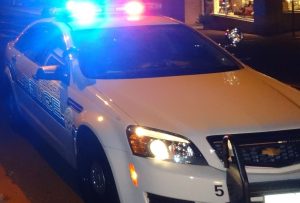 The call came into Sonora Police dispatch around 2 a.m. recently from a concerned citizen that a person was attempting to burn down the former Tuolumne General Hospital building on Hospital Road, between Mono Way and South Washington Street. When officers arrived on the scene, they noticed a woman in the area and approached her. She was identified as 56-year-old Sheri Beebe.

During the investigation, officers learned that Beebe had intentionally set the fire. She was taken into custody without incident for arson and unlawful burning. Beebe was placed on $30,000 bail.