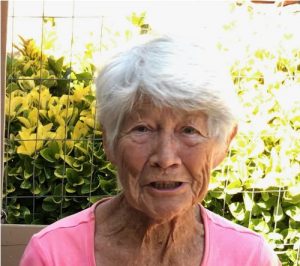 Update at 10:39am: The Mariposa County Sheriff’s Office relays that missing woman Gurda Ruether was located at around nine o’clock this morning. No additional information has been released.

Original story posted at 5:59am: Mariposa, CA — The Mariposa County Sheriff’s Office is seeking help from the public in locating a missing woman.

80-year-old Gurda Ruether was last seen around 5pm Wednesday in the 4000 block of Triangle Road. The Sheriff’s Office says she has been known to get into vehicles with strangers. Anyone with information on Ruether’s whereabouts is asked to call the sheriff’s office at 209-966-3615.