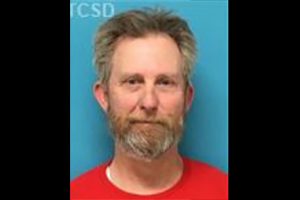 Sonora, CA – A Sonora man was handcuffed for firing a handgun at a man he argued with over a car.

Calls reporting a firearm being discharged at a residence in the Longeway Road area last week had Tuolumne Sheriff’s Deputies rushing to the scene. Upon their arrival, the victim told them that he was trying to leave when a shot rang out. He added that 57-year-old Benjamin Anderson had grabbed a semi-automatic handgun from his truck, walked down the driveway towards him, and fired the gun in his direction.

Deputies then contacted Anderson and retrieved a Glock handgun. Further investigation led to neighbors who also stated that Anderson had discharged the firearm. He was arrested for the willful discharge of a firearm in a grossly negligent manner. His bail was set at $20,000.