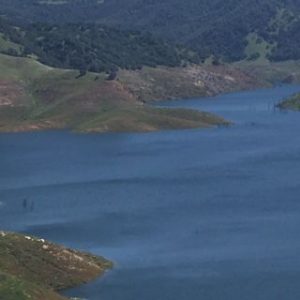 Sonora, CA — Several reservoirs in the region are at near average levels for the date as the snow has been melting this spring across the Sierra Nevada.

California’s Department of Water Resources reports that Lake Don Pedro, which is fed by the Tuolumne River, is at 74% of capacity and 98% of its historic average. Last  year at this time it was only 41% of capacity and 54% of average.

Compiling the numbers from all of California’s major reservoirs, overall storage is at 88.5% of average for the date.