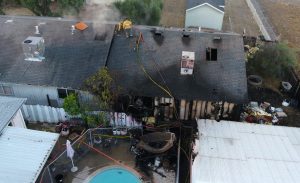 There was a fire in downtown Valley Springs last night that destroyed a duplex on Daphne Street and spread to some nearby vegetation. It destroyed both units and also spread to the attic. It ignited shortly before 6:10pm. Two firefighters were injured in battling the blaze. The Red Cross provided shelter for a family of three that was displaced.

There was also a residential fire earlier in the day during the three o’clock hour yesterday afternoon along White Owl Drive in Burson.

It was reported as a tree house fire that spread to a residence. It caused significant damage to the home. It was a very challenging day for firefighters given the triple-digit temperatures. The specific causes of the fires have been under investigation. 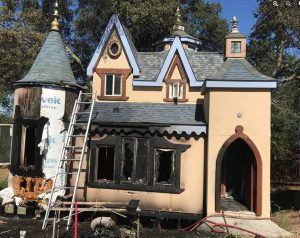