Fighting The Rx Drug, Heroin Epidemic In The Mother Lode 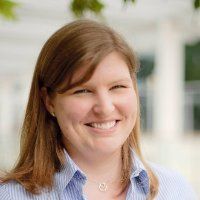 Sonora, CA – Keenly aware that the nation’s prescription drug abuse and heroin epidemic is virulent in the Mother Lode, local health officials are cheering focused federal efforts to help fight it on the homefront.

From Doctor’s To ‘Street’ Meds

“It is a national trend that people become dependent on the opioid substance from prescriptive medications and there is some portion of people who take that to the next level to using illicit medications,” Ortiz says somberly. “They say four out of five heroin users started with prescription opioids — I am sure that the Sheriff could speak to that more than I can but we have a lot of heroin use in the county and we have been told that.”

The Department of Health and Human Services (HHS) is proposing a rule that will improve key access for medication-assisted treatment by increasing the current patient limit from 100 to 200 for qualified prescribers, which will enable the broader use of the FDA-approved drug buprenorphine to treat opioid use disorders. It is also issuing new guidance for improving syringe trade programs. The Substance Abuse and Mental Health Services Administration (SAMHSA) is providing $11 million in funding that will help states purchase and distribute naloxone, an opioid overdose reversal drug, as well as train first responders and other professionals on its use as an overdose preventive.

With regard to expanding medication-assisted treatment, Dr. Ortiz confides, “We have heard about this…coming down the pipeline for a little while — it is a wonderful option for people who are dependent…whether they are dependent on prescription…or illicit opioids.” While there has always been a stigma in the country against treating drug addiction with more medication, Ortiz maintains that federal limitations on prescribers also creates a stigma that health officials would like to eliminate.

While currently, there are prescribers in the county who provide this treatment, Ortiz shares that many are already at their current limit, so the ability to effectively double the capacity of patients that can be served will be a huge win. She also emphasizes, “We know there is a need – and we have had some early successes in educating providers that they can become certified in this…we are trying to add numbers to the rolls of prescribers who can write this prescription, which is really very safe — and so, so helpful for people who are dependent.”

Equally important, the Centers for Disease Control and Prevention have recently provided new guidelines that advocate physical therapy, exercise and over-the-counter pain medications as treatment options well ahead of prescribing highly addictive painkillers such as oxycodone. Dr. Ortiz admits, “There are certainly cases in this county — and across the nation — of over-prescription.”  Because of the high rates of overdose and death she points to a need for better patient education locally and throughout the healthcare system about the potential risks.

A Recipe For Disaster

Evoking a predictable pattern of addiction, Ortiz describes, “You may have initially received [an opioid prescription] for an acute issue and then it ends up being something that you take for a very long time — or you may have chronic pain and it was prescribed with the intention of it being chronic in use. In both of those situations, whenever you end up with long-term use of these medications and escalating doses you are going to increase the risk for an overdose or death.”

According to Ortiz, Tuolumne County has received about $120,000 in funding from the California Healthcare Foundation and State Department of Public Health to address medication-assisted therapy and other areas receiving federal focus. “Some of that funding was sort of a trickle down from the funding that is being announced from the feds,” she explains.

“There continues to be increased funding available…we will go after what we are qualified for, of course,” Ortiz states. However, she stresses, “But it is not just about the money — we have the funding now but we also need the capacity in our healthcare system — so doing something like…changing the regulations of how many patients providers are allowed to prescribe to has a huge impact without having to give us additional funds.”

In the weeks ahead, Ortiz shares that more educational outreach materials are being prepared ahead of community prescription drug take-back days, sponsored by the YES Partnership, Tuolumne County Sheriff’s Office and Opioid Safety Coalition. These are set for Friday and Saturday April 29-30 from 10 a.m. until 2 p.m. at The Junction Shopping Center.