Decade In Prison For Reckless Gunfire 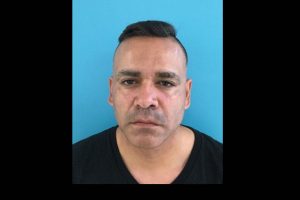 Sonora, CA – A sentence of over ten years was handed down to a Livermore man following an argument and gunshots in Columbia last year.

Tuolumne County District Attorney Cassandra Jenecke reports that last month, 42-year-old Jesse Serpa pled guilty to reckless discharge of a firearm and to being a felon having a gun. That plea resulted in a sentence of 10 years and 4 months in prison.

Jenecke details that Serpa was arrested in May of 2021 after he argued with Benjamin Tarango and his girlfriend at a property in the area of Gunsight Road in Columbia. Serpa accused Tarango of stealing a bag of clothes. While Tarango repeatedly asked Tarrango to leave, eventually his girlfriend started yelling at Serpa. He instead brandished a firearm and fired a shot into a berm near the couple. Afterward, Serpa fled in his vehicle.

Tuolumne Sheriff’s Deputies caught up with him a short time later and he was arrested. The gun used in the shooting, a 9 mm pistol, was found hidden nearby, according to Jenecke.