State Concerned About Increase In Water Use 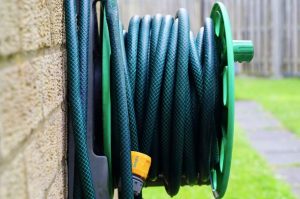 Sacramento, CA — California Governor Gavin Newsom has been calling on everyone in the state to reduce water use by 15-percent compared to 2020 levels.

It is in response to the recent dry winter season and lingering drought. However, Instead of a 15-percent decline, state officials report that Californians actually used 18-percent more water (compared to 2020) during the first three months of the year, citing that people were watering their lawns earlier than normal.

Newsom announces that the state will launch a $100-million media campaign to encourage conservation, and spend $211-million on efforts to improve plumbing and fixtures at state government buildings.

According to the Associated Press, State officials say 20% of the wells they monitor are reporting all-time low water levels, while nearly half of them have less than 10% of their historic averages.

California received a slight boost in April precipitation, but the Sierra Nevada snowpack is still only around 27-percent of average.