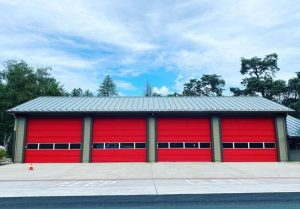 Groveland, CA – Tuolumne County will use a million dollars in federal American Rescue Plan Act funds to secure another level of fire protection for the Groveland area.

The decision was made to pursue a partnership with the Groveland Community Services District (GCSD) to bring much-needed enhanced emergency services to the Groveland area and Highway 120 corridor. An engine and staff will be added to the GCSD Fire Station 78 in downtown Groveland until the county can construct its own fire station in the area.

Tuolumne-Calaveras CAL FIRE Unit Chief Nick Casci explained that the current engine is required to make calls outside of the GCSD that already stretches all the way to the Big Oak Flat entrance gate of Yosemite National Park. He noted, “It really puts a vulnerability to Groveland when the engine is responding to those.”

Last year, the GCSD Fire Station 78 had around 621 calls; 84 of those were outside of the GCSD boundaries, according to Chief Casci. In order to address this deficiency and bolster dedicated services in the Groveland area, he stressed that a fully staffed fire engine is needed.

GCSD General Manager Pete Kampa added that being the only dedicated engine in the Groveland area, with the obligation to respond to calls well outside of the district boundaries and automatic aid boundaries, jeopardizes its ability to meet set response standards within its district. He stated, “Our taxpayers inside the District are funding that engine that’s going 22 miles away and 30 minutes out. We really appreciate the opportunity to partner with the county.”

Supervisor Kathleen Haff whose district includes Groveland is a strong proponent of the plan, stating, “Our goal is to increase the emergency response resources in the Groveland area by this summer.”