Assault Suspect Tried To Hightail It Out Of Sonora Police Station 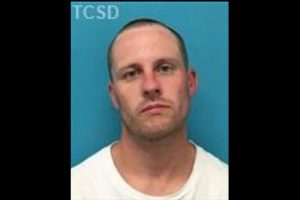 Sonora, CA – A Sonora man being questioned about an assault took off when officers brought out the handcuffs to arrest him for the crime – the only problem being that he was inside police headquarters.

Last Thursday, around 6 p.m., 32-year-old Leslie Hay walked into the Sonora Police Station located at 82 South Green Street, off of Stockton Street in downtown Sonora to talk to detectives about the attack that occurred the prior week.  During questioning, detectives determined he was their suspect and told Hay they were placing him under arrest. He then tried to run.

A short foot pursuit ended with an officer catching and slapping handcuffs on Hay. Officers then searched him and located suspected drugs. Hays faces charges of assault with a deadly weapon, resisting an officer and possession of a controlled substance. The assault charges involved a domestic violence incident, and on Wednesday, the additional charges of inflicting injury and threatening a crime with intent to terrorize were tacked on to the previous ones. His bail was set at $40,000.