Abernathy Will Be On June Primary Ballot 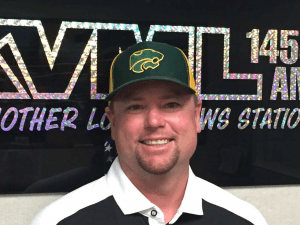 Sonora, CA – Tuolumne County voters will have two candidates to choose from on the June primary ballot for superintendent of schools.

Those names will be first-term incumbent Cathy Parker and Zachary Abernathy, a teacher and Activities Director at Sonora High School. In March, he withdrew from the race after county election officials and legal counsel determined he had eligibility issues, as detailed here. This week he filed a request for review of eligibility after a similar case in Santa Barbra resulted in that candidate being allowed to run, as reported here.

Tuolumne County Judge Kevin Seibert first heard the case on Tuesday, and then this afternoon ordered that Abernathy’s name should appear on the ballot as he is qualified to run. The case centers around an Administrative Services Credential, which Abernathy does not have and is a requirement to hold the position. However, he does have a document stating he is eligible for the credential.

“The exact situation presented itself in Santa Barbara recently where the Registrar of Voters determined the Certificate of Eligibility presented by a local candidate (Christy Lozano) which is the same document Mr. Abernathy has, and does, in fact, certify he is qualified to run and serve as Superintendent. Today, Judge Seibert in Tuolumne County granted our Petition for Writ of Mandate on behalf of Mr. Abernathy and ordered that his name be placed on the ballot after all. The Judge ordered Mr. Abernathy’s withdrawal to be stricken from the records of the Court and the County Clerk’s office because that was generated in response to the erroneous decision by the Registrar (relying upon County Counsel).”

We also reached out to Superintendent Parker for her reaction to the ruling, and she responded with this statement:

“I am prepared to share with the community my excellent record of not only the last 3.5 years of my term but also the previous decade of leadership, innovation, and ensuring educational access for all students in Tuolumne County. The Committee to Re-elect Cathy Parker has received numerous endorsements from parents, community leaders, and educational partners that shows that support. We respect the court’s decision and look forward to demonstrating to the voters that I am the best candidate for Tuolumne County schools for the next 4 years.”

Abernathy’s campaign also put out a statement announcing his candidacy, which notes, “Zack believes the Superintendent of Schools should be advocating for the parents of Tuolumne County and push back on policies that do not align with the values and lifestyles we have in a rural area. While the individual districts provide the ultimate local control for our residents, the county superintendent of schools can greatly amplify those sentiments.”

This ruling came down to the wire as ballots for the June election must be at the printers by noon on Friday (April 8). To view Siebert’s entire ruling, click here. For Abernathy’s court petition, click here.