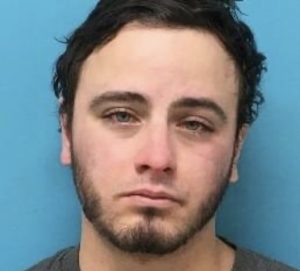 Sonora, CA — The Tuolumne County Sheriff’s Office reports that a man was arrested in connection to a fire that destroyed the Journey Church in East Sonora.

We reported earlier that it ignited at around eight o’clock on Saturday evening. Fire officials were on scene for several hours extinguishing the blaze and investigating the cause. At around 12:30am fire officials noticed a man who entered the area and was “acting strange and refusing to leave.”

Deputies responded and arrested 23-year old Brennan Debisschop. CAL Fire investigators then connected the suspect to the fire’s ignition. No additional information has been released. Debisschop is charged with arson and burglary.