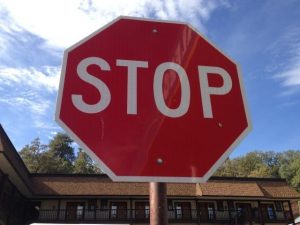 Sacramento, CA – Traffic cameras have caught thousands of violators and collected millions in fines, so why shut them off?

The Senate Transportation Committee agrees with the author of SB218 Republican State Senate Minority Leader Bob Huff, who argues the millions in fines are being unlawfully collected. The bill will prohibit the use of stop sign cameras for automated traffic enforcement or revenue generation by any government agency or local authority. The committee voted in favor of the measure at its recent meeting.

Huff says the measure would close the statutory loophole that currently allows a particular local authority to operate the only stop-sign camera program in the State of California. That program run by the Mountains Recreation and Conservation Authority (MRCA) started using the cameras in 2007 to catch drivers rolling through the stop signs at a number of parks and overlooks under its control. The MRCA’s ordinance permits citations to be issued at a $100 a pop. Senator Huff argues, “With seven stationary devices in operation, and at $100 per violation, these systems are unlawfully extracting millions of dollars in penalties from California drivers annually. Current law does not authorize the use of automated traffic enforcement any place where traffic is regulated by a stop sign.”

Huff adds that SB 218 would close the loophole that grants MRCA the right to extract the penalty by accomplishing the following objectives: Makes clear the intent of the legislature to ensure consistency of regulated traffic enforcement law throughout the state, and clarifies that the California Vehicle Code does not permit the use of an ‘automated traffic enforcement system at any place where traffic is regulated by a stop sign’ in the State of California.