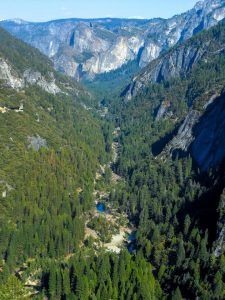 Along with the other national parks, Yosemite will be commemorating National Park Week. It will also celebrate Earth Day and National Junior Ranger Day on Saturday. Over the weekend, the park will be giving nods to its own 125th anniversary this year, with many events in recognition. Those helping to organize the activities, include the National Park Service, Ansel Adams Gallery, the Yosemite Conservancy and Delaware North.

Park Ranger Kari Cobb says the theme this year is, “Stand up for what you stand on! Your park, your planet. 125 years of Yosemite National Park.”

Although park entrance fees will be waived Saturday and Sunday, camping and other normally charged fees will apply.