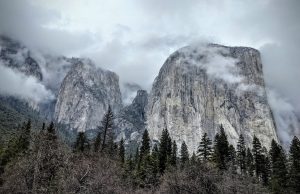 Yosemite, CA — Over the next few weeks, Yosemite National Park officials report that crews will be doing annual pile burning in various areas of the park.

It is air quality and weather permitting. The locations will include the Hetch Hetchy entrance station, Crane Flat, Merced Grove and Mariposa Grove. Smoke will be present during the burning and it may linger for weeks after because large logs will be consumed.

Park officials report, “Pile burning has been an efficient and effective way to reduce excessive fuel build-up on the landscape. Smoke impacts are always a consideration in the decision to begin any burning and operations will only be conducted under favorable conditions.”