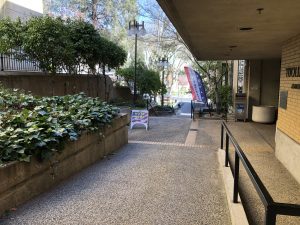 Sonora, CA — Monday was the first day for local candidates planning to run for office later this year to take out papers to collect signatures in lieu of filing fees. It is an optional step in the campaign process but often provides an early glimpse of who is planning to run for the offices.

Incumbent Tuolumne County District Attorney Cassandra Jenecke put out a statement announcing her re-election bid shortly before pulling papers. She says, “It has been my honor to serve first as a deputy district attorney for six years and now has your District Attorney for the past nine months. During my time as DA, we have laid a significant foundation that will carry us well into the future.”

Jenecke was appointed to the DA position by the Tuolumne County Board of Supervisors after former officeholder Laura Krieg was elected superior court judge. It is currently unknown if Jenecke will be challenged in the upcoming election.

We reported earlier that Sheriff Bill Pooley recently announced his re-election bid, and the election’s office confirms that he pulled papers yesterday. Others who also did include incumbent Assessor-Recorder Kaenan Whitman and Tax Collector Justin Birtwhistle.

The Sonora Council seats do not require filing fees, so the paperwork period for those seats starts on February 14.