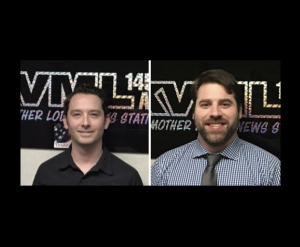 Sonora, CA — Next year there will be two Tuolumne County Board of Supervisor seats on the ballot.

District Three Supervisor Anaiah Kirk stated in a campaign video that he has received many phone calls and messages from people asking about his plans, and he confirmed he will seek re-election.

Adding, “I can honestly tell you that I do believe I am here for the right reasons. I don’t have a political agenda. I just want to do what’s best on behalf of families, businesses, Tuolumne County as a whole, and I want to see us continue to thrive.”

On Mother Lode Views over the weekend, Board Chair and District Two Supervisor Ryan Campbell also announced, “Yes, I have decided. I have been so privileged to serve these past three years and I have a lot more that I would like to do to improve our community and I am planning to run again in 2022.

Campbell’s announcement came as Mother Lode Views kicked off a five-part series featuring the individual supervisors. It is a chance to hear about what is happening in their specific district and where they stand on issues facing the county. If you missed the first episode, it is archived in the media section of myMotherLode.com.

The other supervisor seats, districts one, four and five will be on the ballot in 2024.

The filing period to collect signatures in lieu of fees begins early next month and continues through mid-February. At that point, it will become clearer how many other candidates will be entering the races.