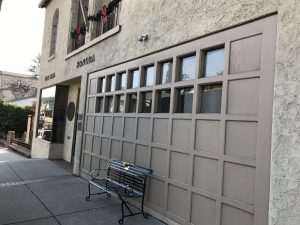 Sonora, CA — Sonora City Council members heard an update about a resolution being drafted to support racial justice in the city.

The city council created a Social Justice Committee following Black Lives Matter protests held last year both locally and nationwide. The committee held its first meeting in September of 2020 and is still finalizing the resolution. The current draft was submitted to the council ahead of this week’s meeting and you can read it here.

The resolution references the city’s Gold Rush history and that racial profiling was carried out during that time mistreating Indigenous, Chinese, Mexican, Chilean and other minorities. It goes on to state that the city is “committed to diversity and equity and an atmosphere of inclusiveness, and it respects the dignity of every person without regard to race, color, sex, relation, ancestry, national immigration status, marital status, age, disability, sexual orientation and political affiliation.”

Councilmembers Colette Such and Jim Garaventa are members of the committee. Garaventa noted that finalizing a resolution has been challenging given that most meetings have been done virtually and there are various different opinions among the members. The committee collected similar resolutions from other cities and counties in working to finalize the local version. Speaking about the challenges, Councilmember Such added, “It is one thing to write a resolution as an individual, but it is a very different project when it is seven people,” and not everyone agrees. However, she argues, “It makes it richer, deeper and more meaningful.”

Sonora Councilmember Mark Plummer was very against a specific line in the current draft that notes the City of Sonora condemns any form of racially motivated hate, intolerance and “white supremacy culture.” Plummer argued that identifying white supremacy is “deliberately provocative,” and says it is “designed to alienate, to some degree, a large part of the county’s population.”

He said, “I feel that it is just running off the rails to please a few activists and is not going to be (resolution), in its current form, anything close to reflective of our county and the population that we have here in the city.”

Mayor Matt Hawkins also spoke some concerns and noted that he has received several questions and comments about the development of the resolution from the public. He expressed a hope that the final draft is seen as un-divisive and something that all council members can support.

During public comments, one person spoke, stating he is concerned the “city is going down a road it doesn’t need to go” with some of the “provocative” wording in the resolution. In addition, a representative of the Tuolumne County Public Health Department also provided public comment in support of the committee and with hopes of future collaboration with the equity committee.

No formal action was taken on the proposed resolution this week. The Social Justice Committee will continue to work toward drafting a final draft for the council to review and vote on.

Also at this week’s meeting, the council voted 5-0 to move forward and request contractor bids for a traffic improvement project near the Red Church.

There was also a discussion about the Vision Sonora Committee. Multiple people had applied for a pair of at-large seats on the committee, but some ended up dropping out, and another moved out of the city limits. In the end, Charles Segerstrom and Laurie Lehman were the only two applicants. Mayor Hawkins stated that he plans to nominate them for the two open positions, and a council ratification vote will come at a future meeting.