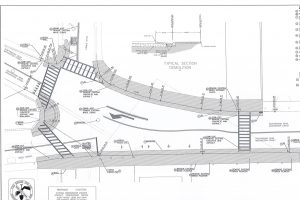 The Council is planning to vote on formally requesting bids from contractors for a long-planned Red Church Pedestrian and Circulation Improvement Project. It is part of the overall Vision Sonora efforts. The project is expected to cost somewhere between $250,000 to $300,000. It will be funded by a Caltrans Active Transportation grant. Click here to view the engineer’s design.

The council will also hear an update from members Jim Garaventa and Colette Such about the development of a resolution supporting racial justice in the city. Click here to view the Social Equity Committee’s most recent draft.

There will also be an update on efforts to fill two open public positions on the Vision Sonora Committee. The appointments will be made by Mayor Matt Hawkins, but they must be ratified by a majority vote of the council. An update will be provided at the meeting.

The 5pm council meeting at City Hall is open to the public.